Update 4/4/19- Matthew Grasso was the designer of the microtonal fretboard on this harp guitar and is also the teacher of the student who commissioned the build from us. Matthew informed me the microtonal language is set in 11-limit just intonation. The term microtonal is too vague for this fret layout so the musicians in this circle appreciate something more descriptive. Thus it can be called the 18-tone 11-limit just intonation harp guitar. He developed the fingerboard gradually from 12-notes, to 14-notes, and finally completing the fingerboard at 18-notes. On his website, he states this about the particulars: 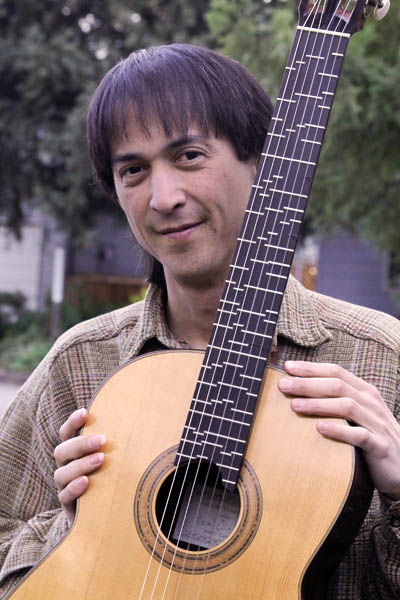 Watch is demonstration and explanation of the 18-tone 11-limit just intonation guitar here:

I’m not sure if a microtonal harp guitar has ever been built, but I have never seen it.  With 23 strings on the body, there are enough notes on this instrument to keep someone busy for a lifetime.  My classical guitar teacher told me that the microtones of eastern music are present in western music struggling to get out.  I never understood that until i started playing bluegrass music and learned the flat 5 and flat 3 scale movements and bends and discovered that micro tones do exist between the half steps our western ears are accustomed to.

I originally had commissioned another luthier to build the daunting 68 fret fretboard and was disappointed when they dropped the ball back on me without notice.  I decided it was something I could handle with use of Autodesk Fusion 360 and the Laguna CNC machine at our local Makerpoint Studios in Sandpoint.  This took a special micro sized router bit for cutting fret slot tangs which are made in several sizes.  The website I ordered from is called Think & Tinker. Along with having all the sizes, they also lists a guide with formulas for determining correct feed rates for the small bits to avoid breaking them.  The last time I attempted cutting fret slots with the CNC machine i was impatient and ran the tool path too fast and ended up breaking the delicate bits, so this time I took my time and ran it much slower.

10 super trebles are the most we have installed on a harp guitar.  Up until now only 7 were used on our 20 string NST.  So this presented a problem with how to fit them all on the smaller body of our classical sized harp guitar mold.  We actually added nearly 1 inch to the treble side lower bout making the body slightly off symmetry.  This allowed a larger super treble tuner pocket to fit the tuners.  Standard geared guitar tuners were still too big so we opted for the Stealth tuners made by Gotoh.  These have remarkable 18:1 gear ratio, which isn’t ideal for nylon strings because of the extra elasticity of the string compared with steel strings, but they work flawlessly for micro tuning the trebles.