This has topped our nicest harp guitar chart as having the most bling.  Featuring Mother of Pearl Vine of Life on the fret board and peg head, Dr. Stephenson also opted for his signature inlayed in the harp head.  View the entire photo album here.

The fret board and guitar peg head inlays were hand cut pearl, but we used the laser engraver to “raster” cut the pocket.  It essentially works like an inkjet printer but with a CO2 laser head that burns instead of prints ink.  Speed and intensity can be adjusted to determine the depth of the pocket.  In this case I had it set to the slowest setting at full power and still ran the path twice to get the pocket deep enough for the 1.5mm pearl to fit nicely into. 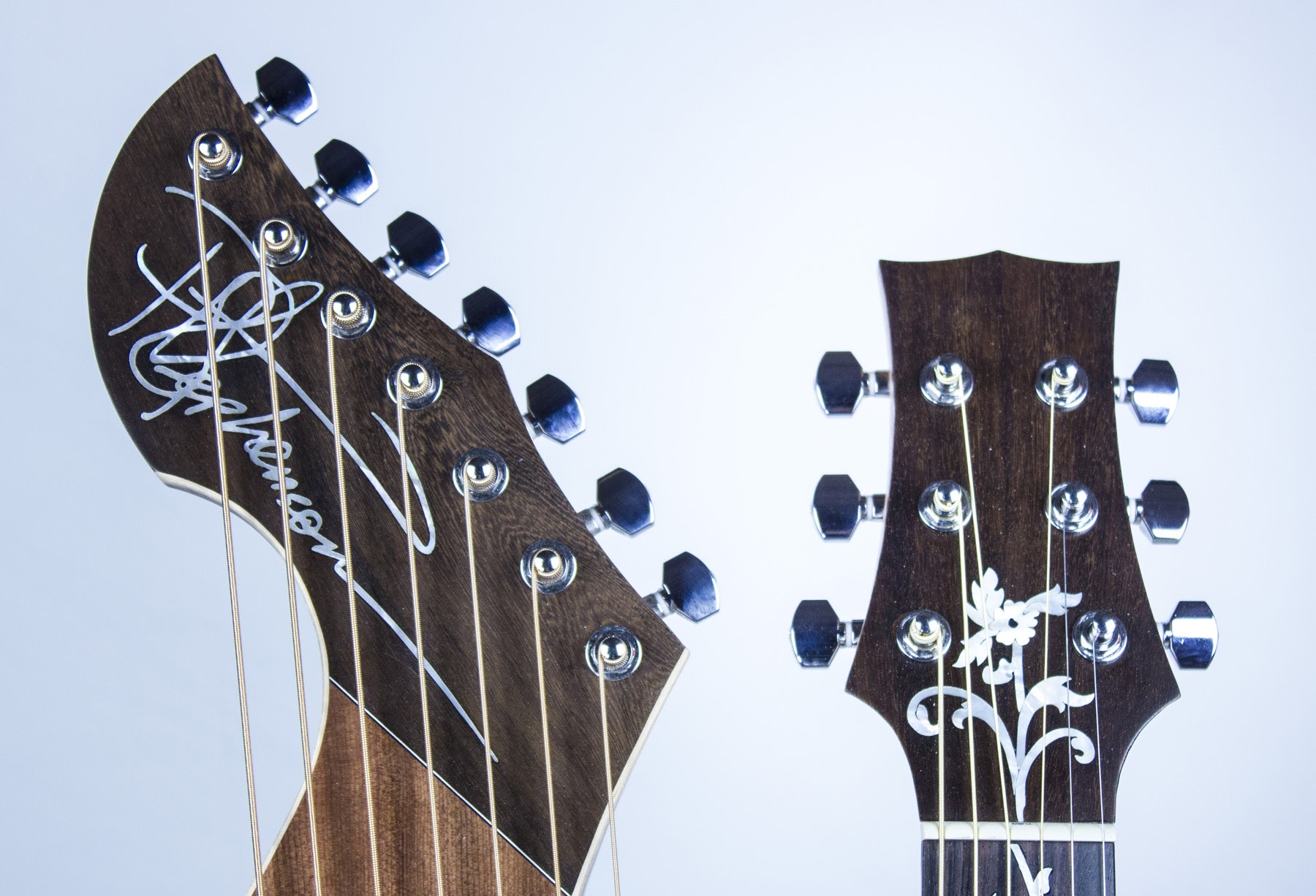 Dr. Peter Stephenson is a retired Cyber Criminalogy Research Professor, author and Consultant and is now enjoying his time with his new harp guitar.  He had this to say upon receiving it: 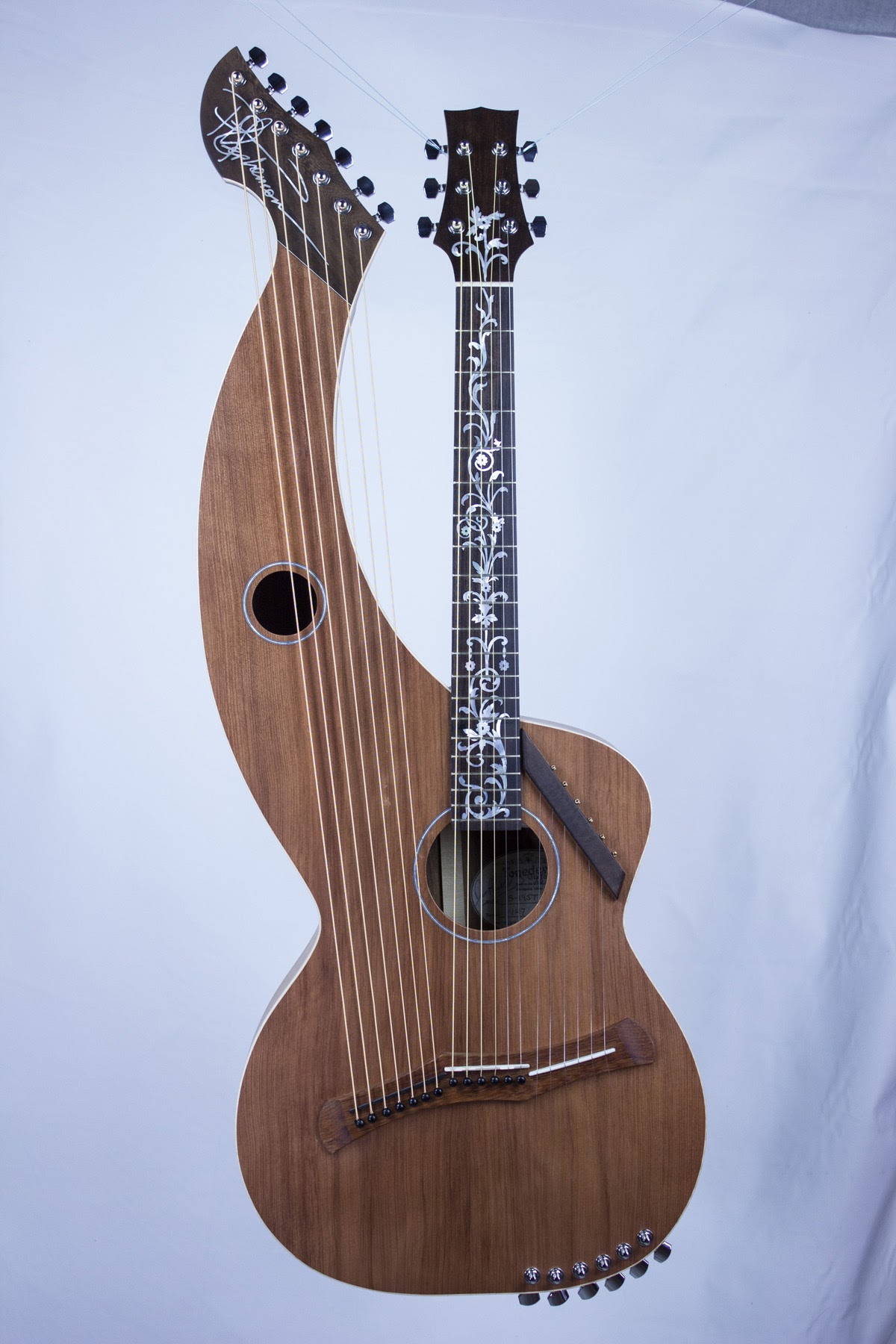 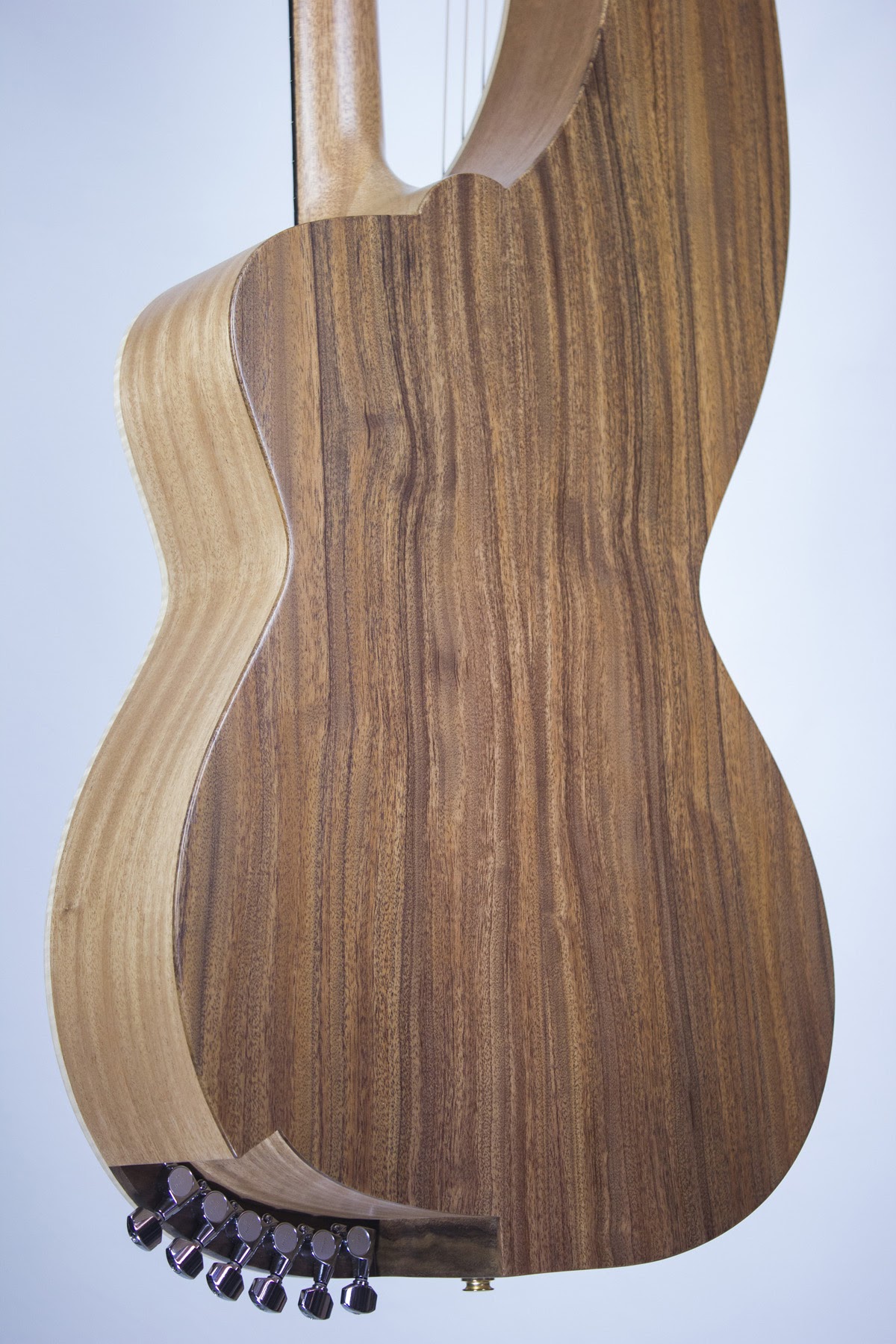 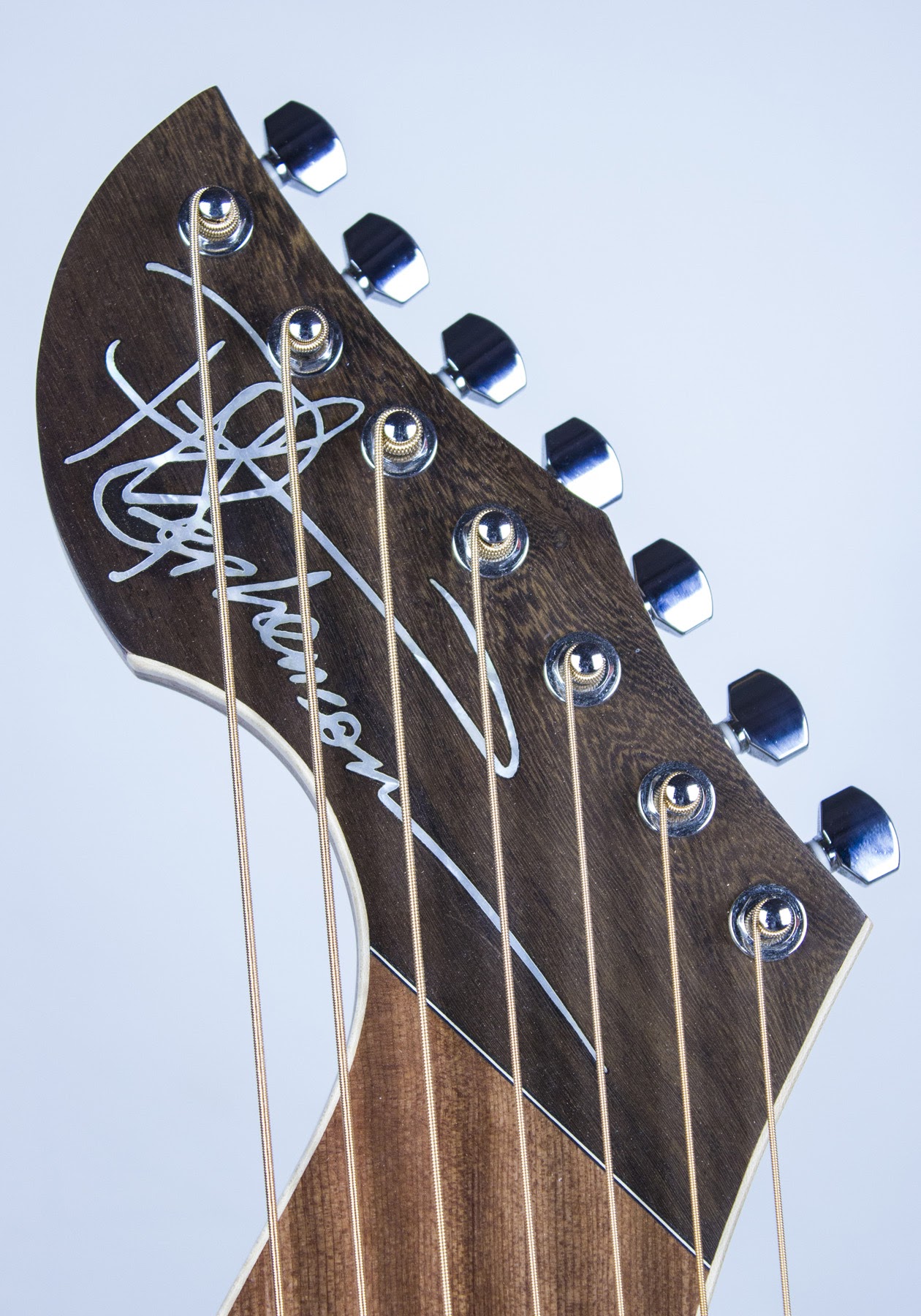 “First, the interaction with the company, especially Dave, has been superb. One does not expect the kind of support and virtual hand-holding in today’s business world that I’ve experienced with Tonedevil. The process was long due to the large amount of customization but Dave never faltered in his support and suggestions. Together we created a beautiful instrument and you can hear a demo on the Tonedevil site.

Second, the sound of the instrument is superb. It hasn’t arrived yet so I can’t vouch for the feel, but Dave customized the action to set it low as I prefer it. I sent set of Elixer light guage strings and they set the instrument up to address those strings.

I have several guitars including a vintage Martin 12 string and the new harp guitar will be a great addition to my collection. If you are considering a harp guitar, you MUST look into Tonedevil. I picked them after some research and I certainly am glad that I did.

The guitar arrived today and I spent most of the day with it. Here are some observations…..

First, it apparently was shipped in tune. Even with new strings, the weather differences between Idaho and Michigan it was pretty close to being in tune when it arrived.

The setup was perfect. The action was right where I wanted it even though it was Tonedevil’s interpretation of my emails…. A. very pleasant surprise. The guitar plays beautifully and the sub-bass and super treble strings are clean and pure with good crispness in the super trebles. The redwood top and mahogany back and sides give a rich, even sound across the full range of the instrument. I was concerned initially about the sub-bass having heard some other instruments where the sub-bass was rumbly or muddy. Not so here. The tone is clean and pure with no muddiness at all.

Overall, I couldn’t have asked for a better instrument or one that met my specs better.. I’m extremely pleased.

I have had the new instrument almost a week now. I spend about 2 hours or so a day with it – more as I get closer to playing this weekend at a local open mic – and I thought that this would be a good time to comment on the guitar as I am beginning to understand it. I also play 12-string and I always have maintained that the 12 is a unique beast with its own personality. Over the 40 + years of play the 12 (and the 60 + years of playing guitars in general) I have learned how to bring out the 12-string personality. The harp guitar, after listening to really good players and having it in my hands for a week clearly has its own personality as well. It likely will take me a while to learn to bring that personality out (not 40 years, though, I hope). “